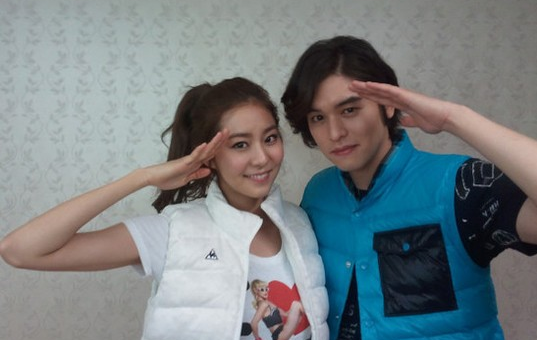 It’s been reported that Lee Jang Woo and After School’s Uee will step down as KBS’s “Music Bank” MCs.

The official continued, “Uee already stepped down after filming on March 29. Lee Jang Woo will stop emceeing after filming for April 5’s broadcast. We’re currently looking for their replacements and nothing is solidified. There will be a special MC to replace Uee’s spot for the April 5 broadcast.”

Lee Jang Woo and Uee became the emcees for “Music Bank” in January 2012 and have been faithfully emceeing for the past year and three months.

Soompiers, who do you want to be the next MCs for “Music Bank”?

After School
Lee Jang Woo
Uee
Music Bank
KPLG
How does this article make you feel?