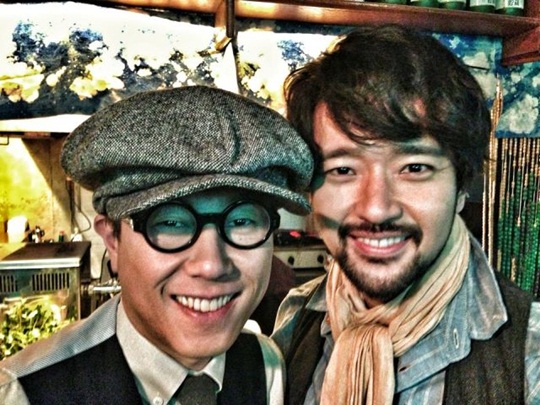 Singer and Songwriter Yoon Jong Shin released the music video for his latest single “May You Please” through the official CJ E&M YouTube Channel.

“May You Please” is from his April 2013 monthly project album titled “Repair.” The song stays true to Yoon Jong Shin’s style and is reminiscent of 90s ballads, especially the strong electric guitar solo. The music video stars actor Bae Soo Bin who sports an awesome mustache.

“The song ‘May you please, ‘ was the title of the album. It had some popularity. Sadly, it was not so much recalled later or chosen as my BEST. But my attachment to this song exists. Spitting out in explicit words completely ignored a traditional romance theme. Due to these radical experiments in the young, I have not invited the song often. But while I was working on this monthly project, I re-discovered the treasure in the song. That courage that I just finished the song at the high-pitch seems amazing. The un-embellished lyrics that blushes me now sounds lovely. I would like to sing songs at my will, although I get old, the age of 45 and have been a singer for 24 years.”