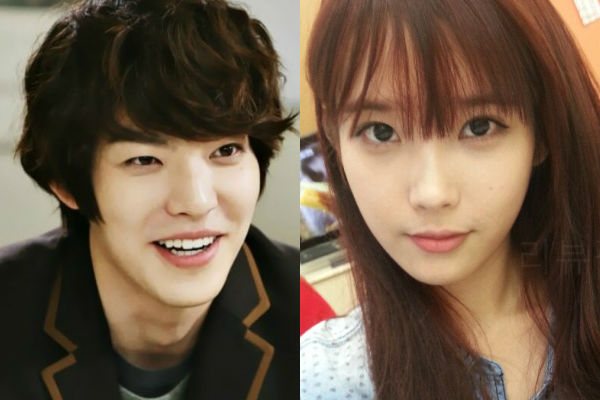 Kim Woo Bin recently shared that he once lied and said that IU was one of his close friends.

On April 2, Kim Woo Bin appeared on the SBS talk show, “Hwa Shin” and shared this cute and funny story. He said, “I have a younger cousin who is in elementary school. He said he is an IU fan. So I told him that I was friends with IU. He didn’t believe me so I took my phone and switched the name of one of my friends to IU. When I showed my cousin, his eyes turned wide.”

Then he continued, “I told him that I would get him IU’s autograph if he got over a 95 percent on his report card,” and “So he’s still studying really hard right now.”

Kim Woo Bin went on to leave a video message to IU saying, “I pretended to be your friend to my younger cousin. I’m sorry and I’m always cheering for you and I really like you. My cousin really likes you a lot so I hope you can give me an autograph.”