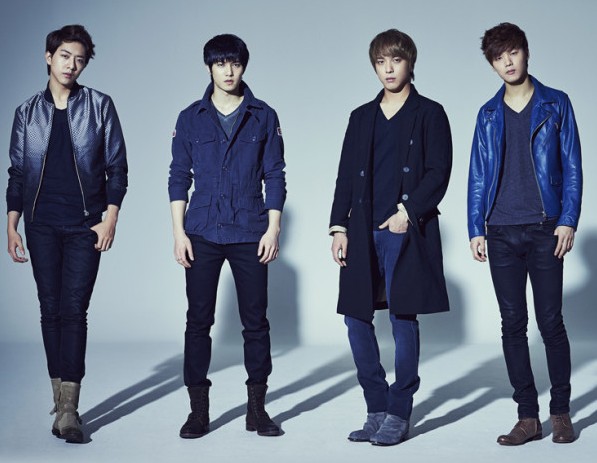 The “Blind Love” single is composed of three tracks, with another Lee Jong Hyun composition “With Your Eyes” and Jung Yong Hwa‘s “Greedy Man.” The tracks were recently released to the public as ring tones, ahead of its sale date, April 24.

“Blind Love” follows the recent successes from CNBlue on the home front, with its fourth Korean mini-album “RE:BLUE” released in January reaching the top of Billboard’s World Album Chart. The title track, Jung Yong Hwa’s brainchild “I’m Sorry,” which marks the first time a self-composed song is made a title track on a Korean release, has also peaked at No. 1 in charts in Taiwan, Philippines and Japan.

The band is currently gearing up for its “Blue Moon World Tour,” kicking off in Taiwan on April 5.