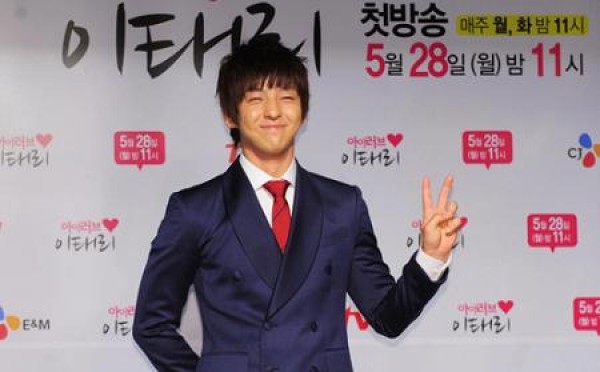 This fan meeting garnered much attention from local media even before it happened. On March 28, hundreds of fans along with many local media outlets gathered at Suwannaphum Airport to welcome Kim Ki Bum. According to a local representative, Kim Ki Bum’s fan meeting tickets were sold out within the first five minutes of sales, proving Kim Ki Bum’s popularity in the country.

Kim Ki Bum welcomed fans in Thai during his fan meeting and sang a Thai song with a group of local children. He also had a chance to talk about his role in drama “I Love Lee Tae Ri” and roles he would like to play in the future. Fans responded to Kim Ki Bum’s honest and earnest conversation with them with a surprise, a large sign that read “We’ll promise to look after you forever.”

He recently finished filming Chinese martial arts drama “Tian Long Ba Bu” and is reviewing scripts for his next drama.

Kim Ki Bum
I Love Lee Tae Ri
How does this article make you feel?