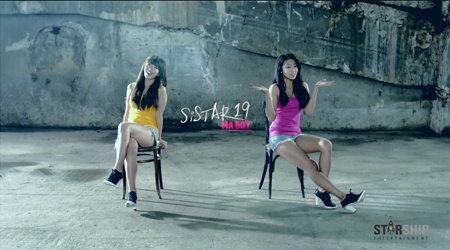 As you have probably already seen, Electroboyz released “Ma Boy 3” featuring After School‘s Nana this week. This is said to be the final installment of the “Ma Boy” series.

Having heard all three now, which one is your favorite?

Hyorin and Bora first promoted “Ma Boy” as SISTAR19‘s debut track in May of 2011. The song was created by popular songwriter Brave Brothers. Their choreography practice version was also widely popular as their “body wave” was a hit with fans.

“Ma Boy 3” was just released this week as the title track to Electroboy’s new album. Featuring After School’s Nana, the song had a stronger R&B style to it. They recently had their first performance of the song on M!Countdown this week.