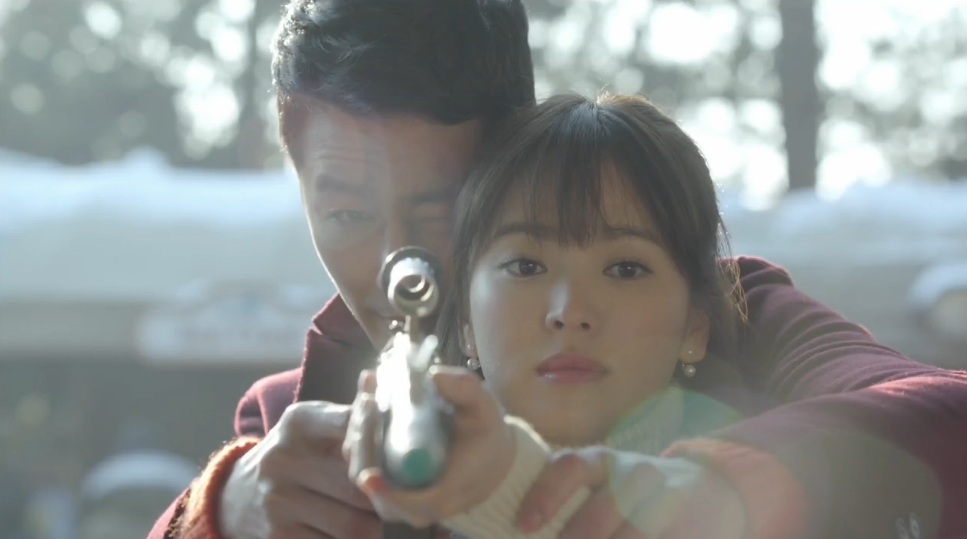 Interview with Song Hye Gyo Part 2: “I Want to Participate in a Romantic Comedy Next”

Just having recently wrapped up one of the most talked about dramas of the season, Song Hye Gyo sat down for an interview at a cafe where she shared about her involvement in “That Winter, The Wind Blows.”

You can check out Interview with Song Hye Gyo Part 1: “I Wanted to Continue Feeling the Torment From That Time…”

Q: Your unchanging beauty is receiving a lot of attention. What’s the secret to be the envy of females in their twenties and thirties?

Song Hye Gyo: “It’s all about the lighting. If you see me in person, you wouldn’t think that. I come out really beautifully on screen so I even thought that maybe I shouldn’t walk outside or it would break people’s perception. I constantly go to the dermatologist and receive skin care treatments. I didn’t worry this much in the past, but I naturally do now because I’m older. It all shows now. (Laugh) There were many close-up shots of me, but I’m thankful [of the kind remarks]. Because I was acting as a blind person, I’m supposed to be able to express myself through facial expressions. Through the close-ups, my nervous eyes and changes of expressions were well captured.

Q: It must be hard to let go of this project, but do you have another project lined up?

Song Hye Gyo: I want to participate in a romantic comedy next. Even if there’s another project like “That Winter, The Wind Blows” comes by, I don’t think I can do it because my energy is near zero. If “That Winter, The Wind Blows” was simply a love story it would have been boring. It’s because there were psychological warfare and mysterious elements that the drama was interesting.

Q: What do you want to tell the juniors who look up to you as a role model?

Song Hye Gyo: Are there such people? (Laugh) Just want to say that for those who are actresses, there will be many days ahead where you’ll experience hurts and pains. Because you just have to put up with it, it would be great if you can just enjoy [the occupation]. Work hard and love hard. You don’t have to worry about other people and what they think. No one will compensate you for all the missed experiences in the future.

Song Hye Gyo
KPLG
That Winter
The Wind Blows
How does this article make you feel?