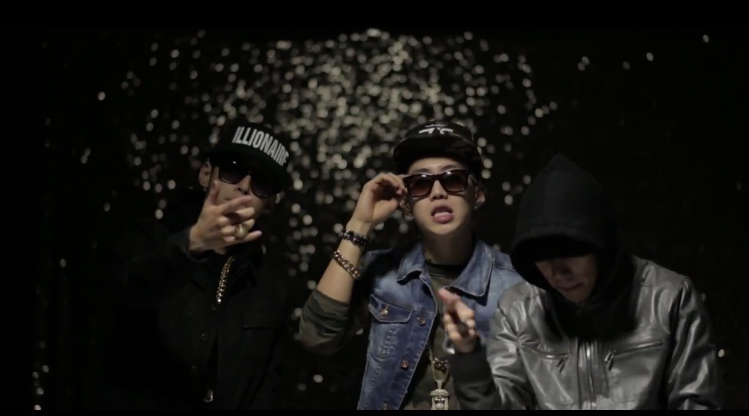 With only five days left until the release of Jay Park‘s new digital single “JOAH” he has released the music video for “1Hunnit.” Featuring DOK2, the song was produced by Lodef and features a strong hip-hop sound.

Recently, the album cover and teaser for title track “JOAH” have been revealed. Since the digital single “JOAH” will be released on April 10 at noon KST, we can also expect to see the music video for the title track very soon.

SidusHQ recently revealed a photo of Jay Park holding a handwritten sign on the agency’s official me2day on April 5 to raise awareness and expectations about his upcoming single.

The picture titled, “Jay Park advertising his own album” shows Jay Park holding a handwritten sign that read “Welcome! Digital single ‘JOAH’ is really good!! It’s true!!” and smiling at the camera. He used titles of all the songs in this single “JOAH” in this sign, showing off his clever wit. His childish, crooked handwriting and other decorative lines in the sign are also amplifying fans and netizens’ expectations.

Jay Park
SidusHQ
JOAH
How does this article make you feel?