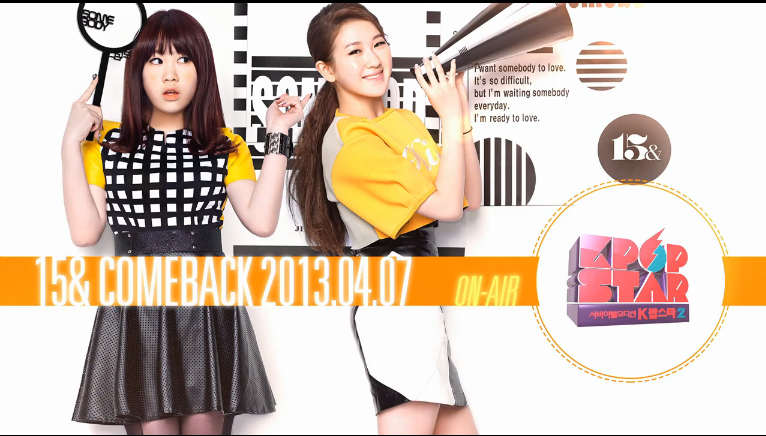 15& Reveals MV Teaser for “Somebody”

15& recently revealed their music video teaser for their comeback track “Somebody.”

Featuring a parody of the talent show program K-Pop Star, we only get to hear a small part of the song at the end.

We probably wont have to wait too long for the music video as the single will be released on April 7.

Also on April 7, 15& will have their first comeback performance on K-Pop Star, the music talent program which Park Jimin won last year.

Since debuting last year as a duo with the song “I Dream” Park Jimin and Baek Yerin have been releasing special cover songs on YouTube for their “15& Sound“series.

K-pop Star
Jamie
15&amp;
Baek Yerin
How does this article make you feel?