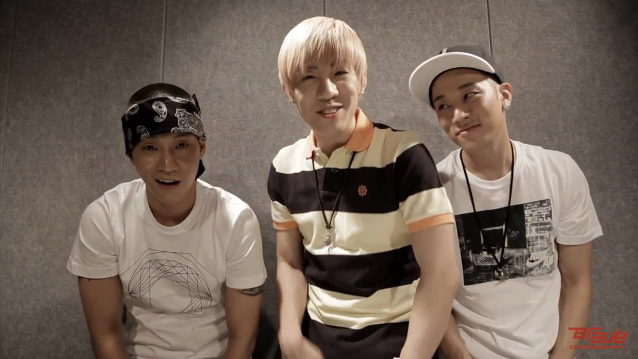 With the release of “Ma Boy 3“, the third and final installment of the “Ma Boy” song series, Electroboyz released the making of video through the official Brave Family YouTube channel.

Previously, SISTAR19 released “Ma Boy” in May of 2011, and became a huge hit for the duo. Later that year in November, Electroboys revealed “Ma Boy 2” featuring SISTAR’s Hyorin. “My Boy 3” features the vocals of Nana from After School, although she does not appear in the music video. The song is slower and slightly different than the previous two tracks.

In the behind the scenes video we can see Electroboyz and the actresses enjoy their time shooting the music video. Maboos, 1kyn, and Chakun do not hold back their smiles for the camera.

After School
ElectroBoyz
Nana
KPLG
How does this article make you feel?