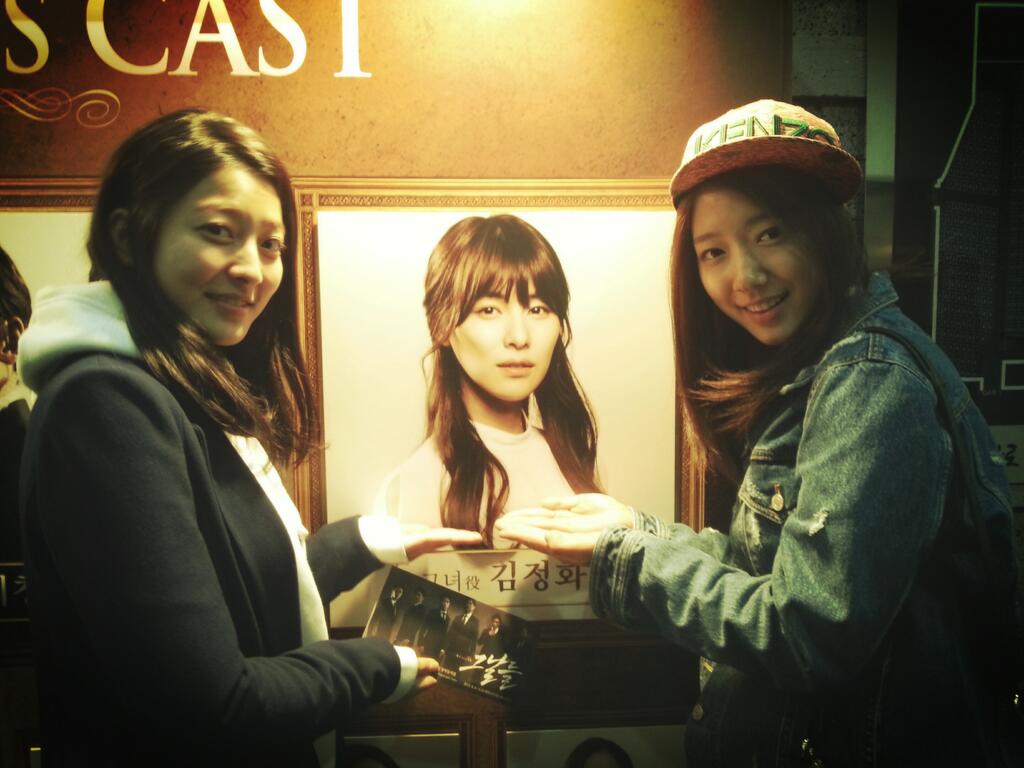 On her Twitter on April 5, actress Park Shin Hye uploaded a photo along with the message, “We watched the musical ‘The Days.’ Oh… Jung Hwa~~ So pretty~ I almost cried several times during the show…It is supposed to go on until June so everyone need to go~ I loved the performance!!”

In the picture are Park Shin Hye and Park Se Young  are shown together after watching the musical “The Day.” They attended the show to support Kim Jung Hwa, who belongs to the same agency.

A representative from their agency announced, “Many from our agency attended the show to support Kim Jung Hwa, including Park Shin Hye and Park Se Young. Kim Jung Hwa was especially happy when she received a flower basket from these two young actresses. Kim Jung Hwa is both excited and nervous after the first show, and she is determined to work harder.”

Meanwhile, it was recently confirmed that Park Shin Hye has been cast as the female lead in the new SBS drama “Heirs,” while Park Se Young is to be the new host of “Music Bank” along with 2AM’s Jinwoon.