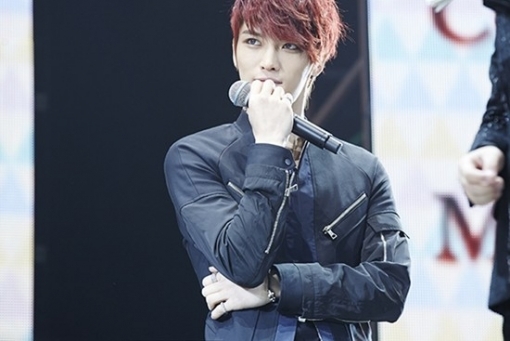 JYJ’s Jaejoong is receiving support from fans throughout. On April 6, Jaejoong held a fan meet with nearly 4,000 Chinese fans in Nanjing, China. Despite the fact that he had just finished his Tokyo dome concert with the other JYJ members, he was in top condition.

When Jaejoong was asked about his marriage plans, he said that he would like to get married around 38. He also stated he prefers girls that are not too skinny. There was also a “cooking corner” where Jaejoong made Rabokki. (A spicy dish called, Korean rice cake with ramen noodles) He also performed the “cute song” and the track “Kiss B” from his repackaged album. The last part of the fan meeting was a “Paparazzi Corner” where he showed secret pictures of himself.

Jaejoong performed songs such as “One Kiss,” “Although I Loved You,” “For You,” and “I Will Protect You.”

On April 13, Jaejoong will be performing in Taiwan.