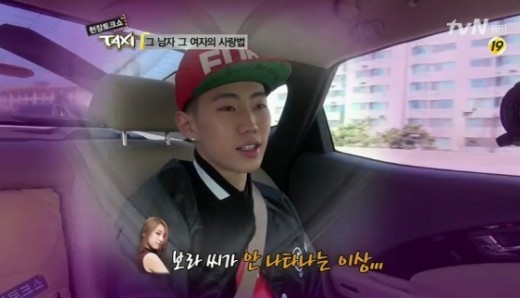 Previously, Jay Park had mentioned his wish to have Bora as a guest on show “SNL Korea” and work with her. He stated jokingly, “I want to show realistic acting with her.”

He was then asked, “Do you have any plans to date anytime soon?” To this, Jay Park answered playfully, “Not unless Bora shows up.”

When MC Jun Hyun Moo stated, “So we now confirm that Jay Park will not start dating unless it is with Bora,” Jay Park appeared embarrassed as he smile.

Kim Seul Gi was also a guest on this episode of “Taxi.”