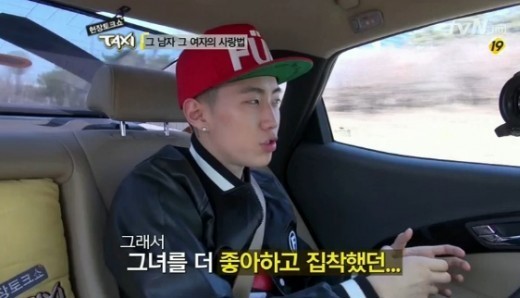 Jay Park’s First Love Ended Because of His Obsessive Nature

Recently on April 8 on tvN’s talk show “Taxi,” Jay Park was asked about his dating history.

When he was asked when his last relationship was, Jay Park answered, “I won’t’ talk about that.”

The MC continued to ask, “Are you dating now?” Jay Park replied, “No. I usually don’t talk about my love life. However, I am willing to talk about my first love.”

Jay Park continued, “I dated this girl for about a year and half in Korea. At the time, I didn’t have any friends because I just arrived from U.S., so I became obsessed with her. I liked her more than she liked me.”

Jay Park also added, “I used to call her and text her every day. If she didn’t reply, I went to her house. I never forgot to get her favorite ice cream and food.”

When he was asked if he is a nice guy when dating, Jay Park answered, “I used to be a nice guy, but now, I am a bit of a bad boy.”

Jay Park
Taxi
KPLG
How does this article make you feel?