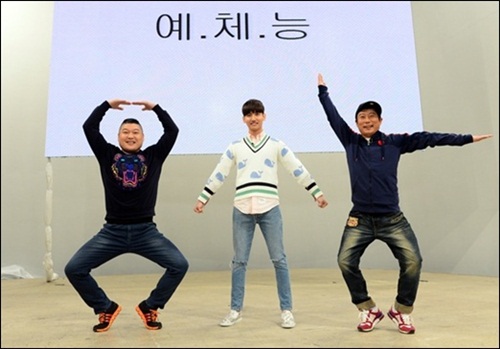 On April 10 according to the ratings research company Nielsen Korea, it was announced that “Our Town’s Physical Variety” reached 6.2% ratings, defeating SBS’s “Hwashin,” which was aired at the same time period and achieved ratings of only 4.9%. On the other hand, MBC’s “PD Notebook” reached the ratings to 5.3%.

On the first episode of “Our Town’s Physical Variety,” which aired on April 9, MCs Kang Ho Dong, DBSK’s Changmin, and Lee Soo Geun went on a search to find celebrities to compete in table tennis. Check out Soompi.com for more news regarding variety shows!