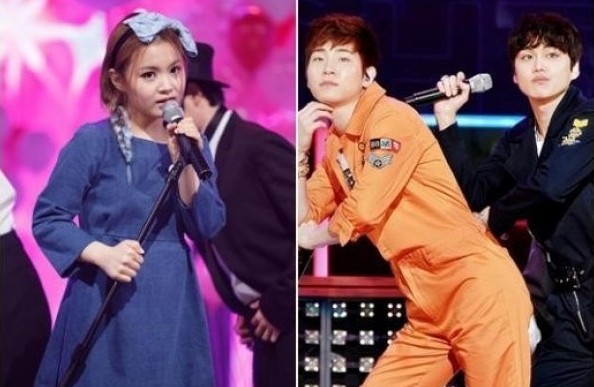 Lee Hi, the runner-up of the first season “K-Pop Star,” will be collaborating with male due 2000 won from the second season for a special stage of “Love The Way You Lie,” originally sung by Eminem and Rihanna. Fans are already getting excited and curious to see how Lee Hi would interpret the melody and how 2000 won would transform Eminem’s aggressive rapping style into their own clever and witty style.

According to a few “K-Pop Star” representative who got glimpse of the upcoming “Love The Way You Lie” stage, Lee Hi and 2000 won went beyond everyone’s expectation and put on a re-interpreted stage of the song that is as good as the original.

“K-Pop Star 2″s runner-up Bang Ye Dam will be performing with Lee Seung Hoon, who made it to Top 4 in the first season of the show. Lee Seung Hoon is currently training at YG Entertainment, preparing to make his debut as a part of an idol group.

Meanwhile, Akdong Musician won the show against runner-up Bang Ye Dam after nearly 6 months of their “K-Pop Star 2” journey on the finale episode on April 5.