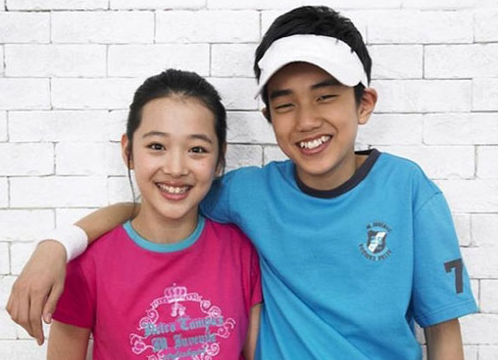 Did you know that f(x)’s Sulli and Yoo Seung Ho knew each other when they were children?

Inside the picture, the viewers can easily identify the two children as the younger version of Sulli and Seung Ho. Both made their debuts as childhood actors and have grown up well under the watchful eye of the public.

After the photo circulated around the internet, a few netizens dug up a couple photos from the two’s joint photoshoot for a clothing brand.

Meanwhile, Yoo Seung Ho calmed many anxious fans’ hearts as it was reported that he was one of the selected few new soldiers to receive the Battalion Commander’s Excellence Award.

f(x)
Sulli
Yoo Seung Ho
KPLG
How does this article make you feel?