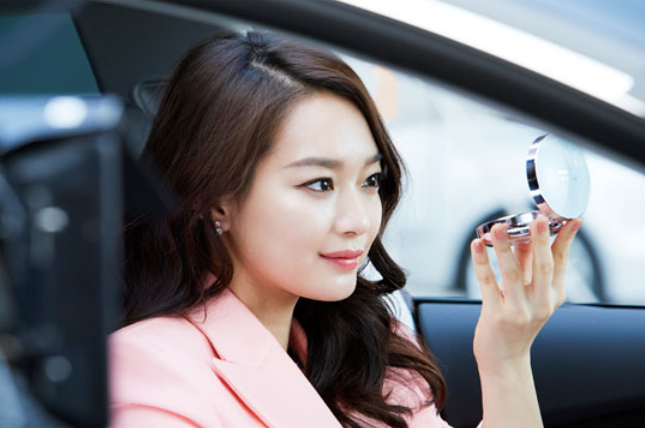 The pictures, taken at the filming set for a commercial, show Shin Min Ah with her long hair down and wearing a pink jacket. She is looking at a mirror as she fixes her makeup.

Despite the fact that the photos were not photoshopped, Shin Min Ah still shows off her flawless skin and beautiful facial features. With a faint smile on her face, Shin Min Ah looks gorgeous in these pictures.

Fans that saw these photos admired, “She doesn’t require any photoshop,” “I am so envious of her skin,” “She has everything, including the perfect body and skin.”

Shin Min Ah received a lot of attention when her pictorial for brand Giordano was released in February 2013.