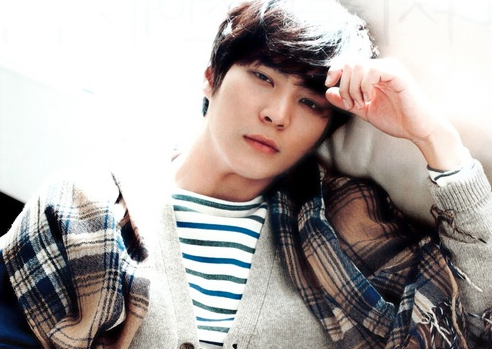 Actor Joo Won recently had an interview with Star Today and talked about his recent drama “Level 7 Civil Servant” as well as rival dramas that competed for viewership ratings such as “That Winter, The Wind Blows” and “IRIS 2.” The actor confessed, “More than anything, I loved watching ‘That Winter, The Wind Blows.’ I monitored the show along with fellow actress (Choi) Kang Hee and we think Jo In Sung and Song Hye Gyo were so handsome and beautiful together. In fact, after seeing Jo In Sung in the drama, I turned to Kang Hee and said, ‘Noona, I feel so unattractive.’ I just felt so lacking in comparison.”

However he expressed his gratitude toward fans who watched his drama saying, “I think there was something that the viewers definitely loved about our characters.”

Although it had been 3 weeks since filming for “Level 7 Civil Servant” ended and the actor had gone on a brief, well-needed vacation, Joo Won confessed, “I still feel like I haven’t been able to step out of my character, Han Gil Ro. It’s actually like that every time I finish a project. Even though I try to have fun and relax, I still feel like I live in the fictional world of ‘Level 7 Civil Servant.'”

Jo In Sung
Joo Won
KPLG
How does this article make you feel?