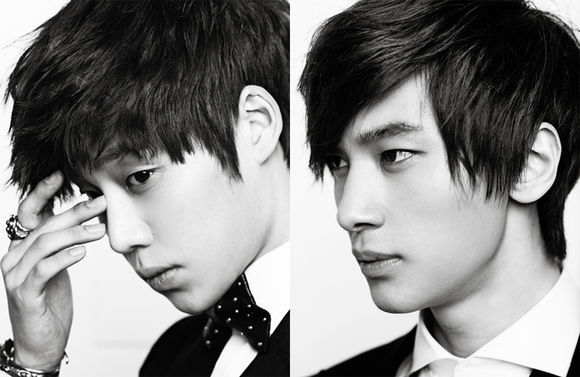 LOEN Entertainment, the agency of artists such as IU, Gain, and Sunny Hill, will be debuting their first male group called History.

This new five member boy group will debut their first single on April 26. They are calling themselves an “Alternative Group.” According to LOEN, an alternative group is more about the group’s attitude, not the genre. They will be a group that does not follow the trend but have their own unique style.

A representative of LOEN Entertainment said, “Their name comes from the words ‘His Story’. The group aspires to capture the hearts of music fans with their own style of music and authentic performances.”

LOEN has revealed the pictures of two of their members, Kim Shi Hyung and Jang Lee Jung. If Jang Lee Jung looks familiar, it is because he was a popular contestant on the second season of the MBC audition program “Birth of a Star.”