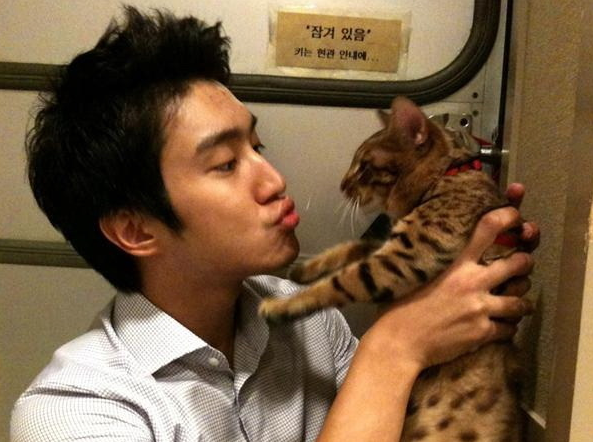 On April 12, he posted a photo on his Weibo account with the caption, “A senior of mine recently wished me a happy birthday. You’re envious, right?”

In the photo, Choi Siwon holds up an album autographed with a personal message from Andy Lau, who is also known as Yoo Duk Hwa. In felt-tip marker scrawling, Choi Si Won’s name along with the words ‘Happy Birthday’ are seen at the corner of the album. It appears as thought Andy Lau presented Choi Siwon with the birthday gift on April 7, which is Choi Siwon’s real birthday.

Netizens who saw the photo remarked, “Wow, I’m totally jealous of how close you are to Andy Lau!”, “Wow, Choi Siwon is the king of networking!” and “Choi Siwon, you are something else!”

Andy Lau
KPLG
Choi Si Won
How does this article make you feel?