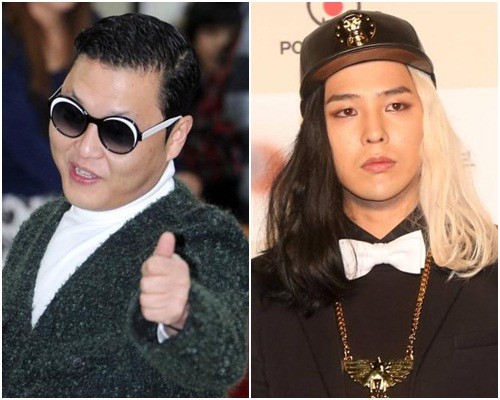 [SNS PIC] G-Dragon and PSY All Smiles After “Happening” Concert

On April 13, he tweeted a photo with the caption, “We just wrapped up PSY’s concert ‘Happening.’ Gr8 show today!”

In the revealed photo, G-dragon is still wearing the outfit that he wore on stage and puts two thumbs up for PSY’s concert. The noteworthy thing about this photo is PSY who has one arm around him and playfully sticks out his tongue at G-Dragon.

At PSY’s concert, G-Dragon performed “One of a Kind“, “Crayon” and “Fantastic Baby” at the Seoul World Cup Stadium. Not only did he keep the energy of the concert going, but gave PSY a chance to take a break between performances. In related news, G-Dragon is kicking off his first solo 4 dome tour in Japan.

Soompiers! Did you catch the “Happening” concert live on YouTube?

G-Dragon
PSY
KPLG
Happening
How does this article make you feel?