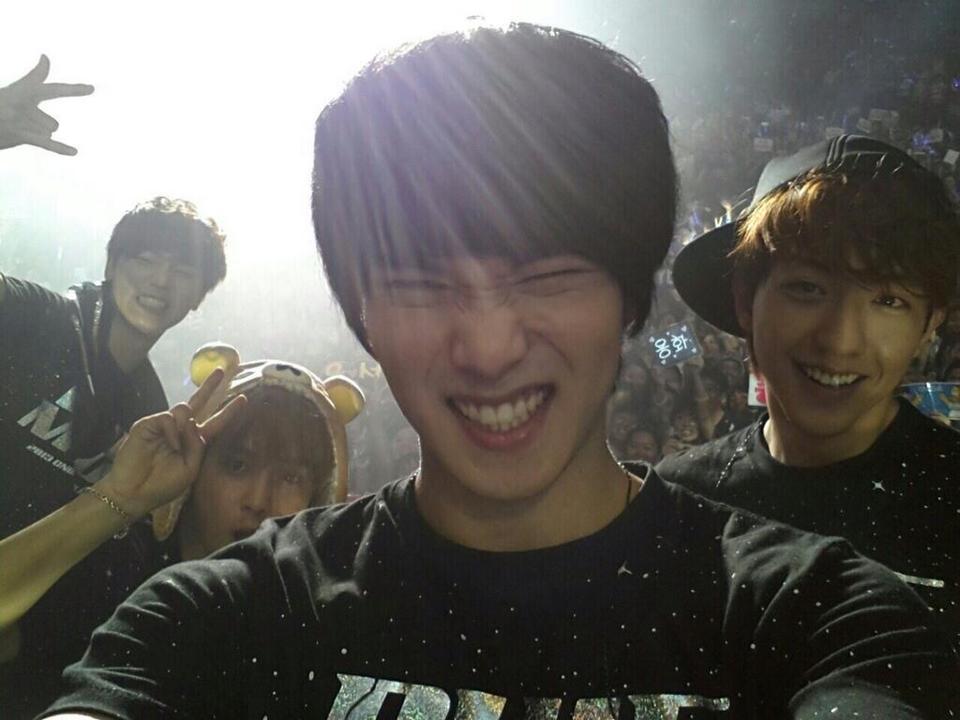 It was a long two-year wait for CNBlue to perform in Singapore since their last appearance at a fan-meeting. April 13 was a sleepless night for many Boices as they relished every song and witty banter at the energy-packed “Blue Moon World Tour Live in Singapore“.

Organized by One Productions, tickets to the one-night-only show were quickly snapped up right from the start of ticket sales. With so many Korean artists heading to Singapore for showcases and fan meetings, it is certainly no small feat to fill the Singapore Indoor Stadium with a seating capacity of 12,000!

Members Jung Yonghwa, Lee Jonghyun, Lee Jungshin and Kang Minhyuk immediately warmed up the audience with a powerful opening and continued to belt out one rock song after another over the course of the concert. They did not stop even once for costume changes, as they focused with all their might on delivering their best to the fans. As there were no solo stages for members to rotate and rest, their stamina for the two and a half hour concert was truly amazing.

The night was also filled with laughter whenever the comedic band stopped to interact with their audience. Twice, fans were asked by Yonghwa to “ride the wave” (the raising of arms in consecutive order to create a tidal effect).

The four guys certainly took their music very seriously, as evident from performing in their sweaty shirts from start to end. However, they were not stingy in showing their humorous sides to fans. During one of the talk breaks, we even wondered if the organizer had been mistreating them by feeding them only fishballs! Watch the clip below and find out for yourself what we mean.

Kudos to CNBlue for trying their best to interact with fans in English without a translator. I would certainly award them full marks for their effort!

My favorite moment of the night has to be this! Fans sang along to “Love Light” and Yonghwa gave a very lovely twist to the end by changing the lyrics.

The only disappointment of the night was the stage team’s failure to switch on white lights as Yonghwa earnestly requested them to do so several times, exclaiming, “I want to look at you (fans)”. Oh well, may the next concert will be better!

After successfully completing their concert in Singapore, CNBlue heads to Thailand next for their “Blue Moon World Tour 2013” concert on May 4 at the Impact Arena.