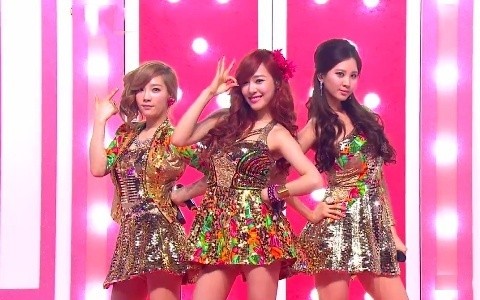 Parting is such sweet sorrow! Girls’ Generation’s Taeyeon and Seohyun are leaving MBC “Music Core.” The two beautiful stars expressed their sadness at leaving the show.

Taeyeon wrote on her instagram April 14, “Youngest, you did a good job~ Now that it is over, let’s take our name tags.” Included in the post was a picture of Taeyeon and Seohyun holding flowers they received for their last broadcast. They are also showing their trademark MC nametags.

Taeyeon, Seohyun, and Tiffany had their last MBC “Music Core” broadcast on April 13. They will be replaced by No Hong Chul, SHINee’s Minho, and Kim So Hyun. Around April 4, Girls’ Generation’s short version music video for “Beep Beep” was released.

Girls' Generation
Seohyun
Taeyeon
KPLG
How does this article make you feel?