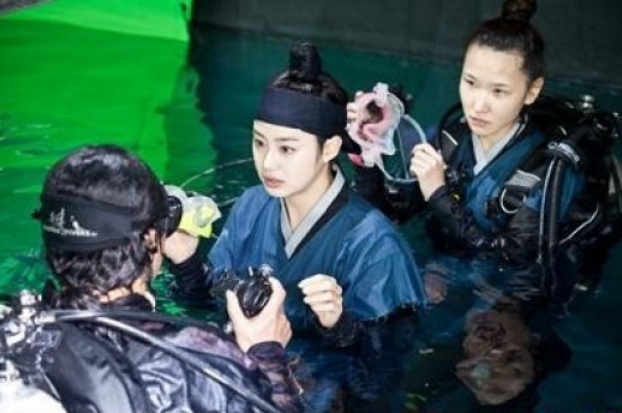 In the photos, actress Kim Tae Hee is cross-dressed wearing a male hanbok (traditional Korean clothing) and her hair in the traditional male hairstyle called a “sangtu.” Despite the fact that Kim Tae Hee is dressed like a man, she still cannot hide her beauty.

Netizens that saw these pictures admired, “Goddess Kim Tae Hee who will do anything for good scenes,” “She looks so pretty even in man’s clothing.”