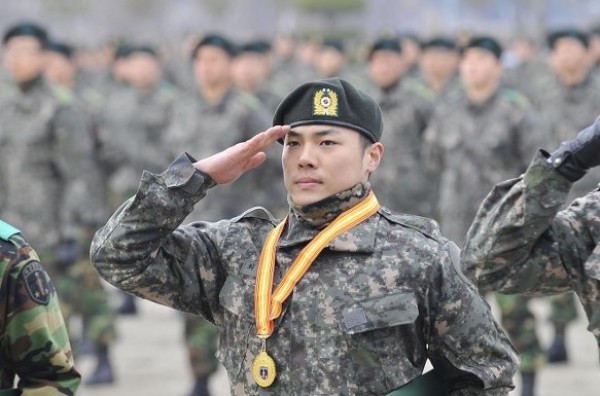 Many cast members of “Real Men” expected special treatments from Wheesung, as they were friends and colleagues outside the military, but Wheesung stuck by military ranks and rules. He took control of his instruction session with charisma and dignity. He said, “I will teach you a battle hymn right now. The song you guys are learning today is the army battle hymn. Move your body up and down as you sing.” When the trainees’ sang the battle hymn rather shyly and quietly, Wheesung yelled at them, “I don’t hear you. Why aren’t you singing? And why do you stop moving your arms in the middle? Do you wanna do this all night long?”

Even when comedian Seo Kyung Suk tried to make an eye contact, Wheesung did not budge. Instead, he warned his trainees as an instructor, “No matter how smart or well-off you were in the society, that does not matter here in the military. Listen to your squad commander and follow the rules. Remember my words.”

Meanwhile, MBC “Real Men” is a military variety show where male celebrities join the military for five nights and six days, spending time with real soldiers. They are sponsored by the Korean Army. The show will follow them throughout their training sessions until they get stationed at a camp.