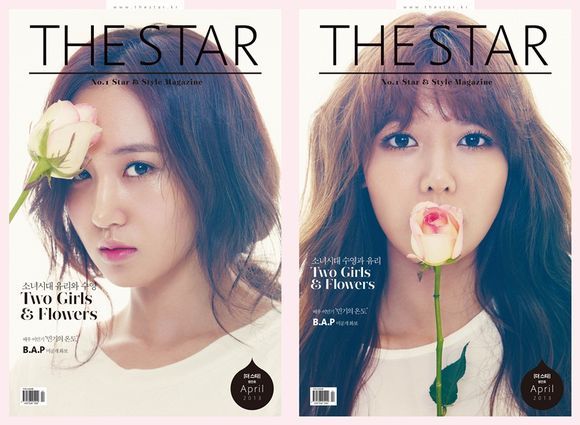 Girls’ Generation‘s Yuri and Sooyoung recently graced the cover of “The Star” magazine with their sparkling beauty.

The photo shoot for this magazine cover was held on April 1 where both Yuri and Sooyoung glowed with their fairy-tale-like charms.

The photo shoot took six hours to complete and it is reported that Yuri and Sooyoung had a fiery but friendly spirit of competition as they both posed to their best abilities. Staff members were impressed with each of their poses and interpretations of the concept of the shoot.

Despite their busy schedules with various events and Japanese tours, it is said that Yuri and Sooyoung gladly accepted the offer to be the model of “The Star.”

“The Star” is a monthly magazine created by Star News that features fashion and entertainment content.

Girls' Generation
Sooyoung
The Star
Yuri
KPLG
How does this article make you feel?