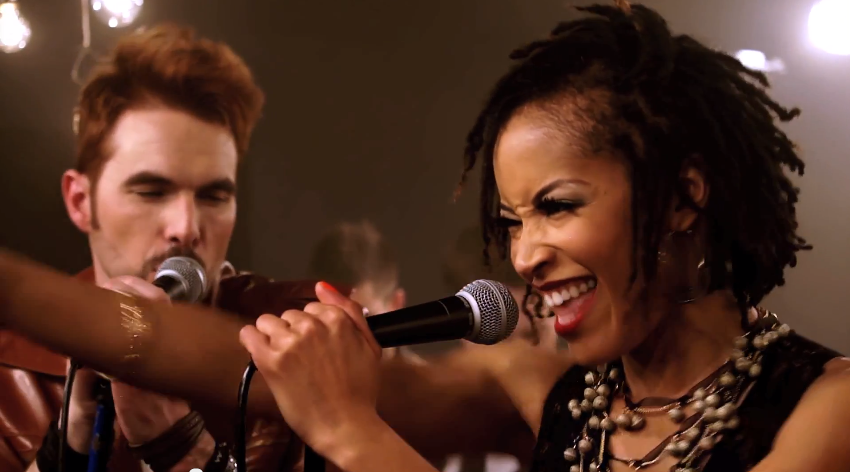 You may have heard of DTMG from their popular cover of 2NE1‘s “Lonely,” and must either be new to K-Pop or have been living under a rock if you don’t know who PUMASHOCK is. The Dave Tauler Music Group and PUMASHOCK joined forces to create this rockin’ remix of SHINee’s hit “Dream Girl.”

David Tauler is an award-winning songwriter and musician who first got connected to K-Pop in 2004 when he was recruited to be bandleader and backing vocalist for Kim Bum Soo‘s concert in Washington D.C. He leads DTMG, an “ever-changing collective of musicians who work interchangeably to address a variety of musical styles.”

For those of us that have been waiting for PUMASHOCK to return to the K-Pop scene, we’re happy to share that the first African American female of K-Pop has been signed to Billboard Entertainment Group, founded by Tyrone “NIDDY” Buckner. NIDDY is a Freelance: Co. Producer/A&R. for C-JES Entertainment Inc., which manages JYJ, and is known for his work on Junsu‘s solo hit, “Uncommitted.”

Stay tuned for an exclusive interview with PUMASHOCK, and let’s help her break the color lines and take K-Pop by storm!

SHINee
PUMASHOCK
How does this article make you feel?