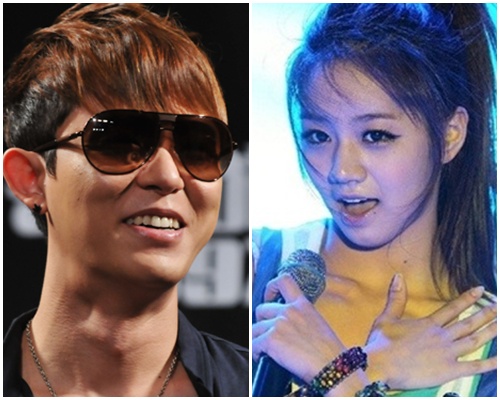 Wowza! Here is some interesting news! Today on April 16 one news source put up a picture of Girl’s Day Hyeri and Tony Ahn (From the legendary K-Pop group H.O.T) on a date. According to that news source, the two have been meeting merely as a senior and junior in the K-Pop industry. However, according to the source, since March, the relationship between the two has developed into a romantic one. This has been confirmed by the agencies representing Tony Ahn and Hyeri.

The surprising fact about the relationship is the age gap between the two! Hyeri was born in 1994 and she is 20 years old while Tony Ahn is 36, the two have a 16 year age gap. (Korean age)

According to a representative of Tony Ahn’s agency, “We think that Tony was attracted to Hyeri’s nice personality and good manners.” Hyeri’s agency stated, “There is such a big age gap so we were surprised when we first heard the news. We are shocked as well. It seems like Hyeri was attracted to Tony Ahn’s considerate and outgoing personality. Looking at the fact that Hyeri admitted the relationship, it seems like her trust for Tony Ahn is deep.”

Girl's Day
Hyeri
KPLG
Tony Ahn
How does this article make you feel?