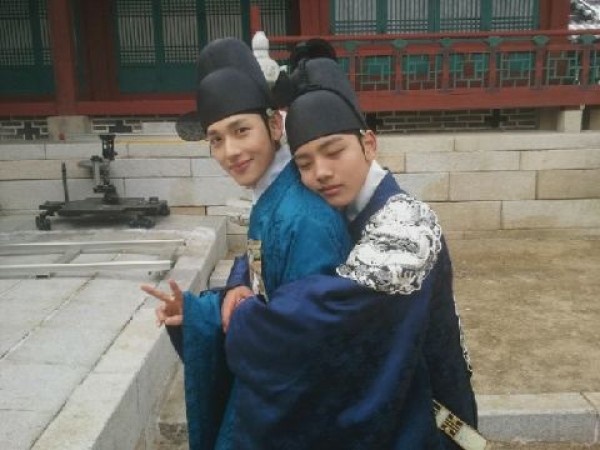 ZE:A‘s Im Siwan confessed that he felt competitive against and pressured by child actor Yeo Jin Goo when they appeared on MBC “The Moon that Embraces the Sun” together on the most recent episode of SBS “Hwashin.”

He explained, “Yeo Jin Goo was friendly and playful with staff members from the beginning and I was really jealous of him for that. On my first day, I was awkward and not blending in very well. I thought that all will be okay as long as I focus on my acting and execute it well, but that wasn’t the case.

He added, “And then there was this one incident. During our break time, Yeo Jin Goo was giving out snacks, tangerines and rice cakes, to every single staff member. Staff members thanked him and told him, ‘Jin Goo, you are a really good kid,’ and that’s when I had my ah-ha moment. I thought to myself, ‘that’s it!'”

After learning the secrets of social life at work from Yeo Jin Goo, who is nine years younger than himself, Im Siwan became creative and came up with his own ways to approach, impress, and befriend staff members.

Im Siwan
The Moon That Embraces the Sun
Yeo Jin Goo
ZE:A
KPLG
Hwashin
How does this article make you feel?