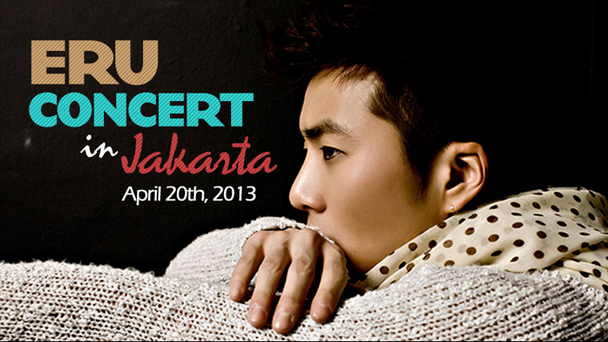 On April 20, Eru will hosting an independent concert titled “Eru Concert in Jakarta 2013 with K-Pop” in Indonesia.

Eru has become extremely popular in Indonesia in recent years. So far, he has sold out the entire inventory of “Black Glasses” album in Indonesia, tickets to film “Hello, Goodbye,” attracted 20,000 people in his guerilla concert, and was the first Korean singer to appear on a major TV network. He is proving himself to be at the center of the new-Hallyu. Furthermore, Eru was ranked at the 9th place of the most popular keyword on twitter on March 12. On March 16, he was appointed as the honorary ambassador for Korean cosmetic goods, bringing all dimensions of Hallyu not only to Indonesia, but to the world.