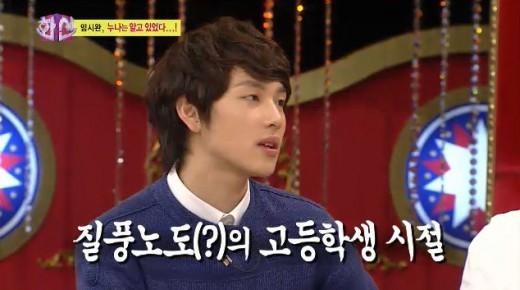 On the recent episode of SBS’s variety talk show “Hwashin,” which was aired on April 16, ZE:A’s Im Siwan revealed an embarrassing event that happened to him in the past.

Im Siwan stated, “When I was young, I used to fight with my older sister over the computer. Then one day, I lost all my rights to my sister.”

He continued, “Any man would understand. This happened when I was a teenager. A friend of mine introduced me to a website. It showed me a whole new world. Once I started to watch them (pornographic videos), I couldn’t stop with one or two. I soon ended up with a folder full of them.”

Im Siwan then revealed that he named the folder, “Educational Material.”

Im Siwan also added, “So after that day, I learned my lesson and started to delete the videos immediately after watching them.”

ZE:A
KPLG
Lim Siwan
Hwashin
How does this article make you feel?