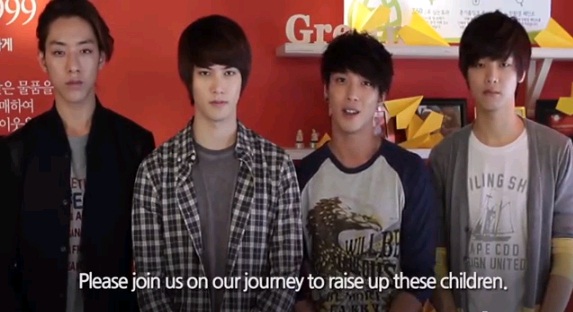 Idol band CNBlue is doing a good deed and invites you to join them in building schools for children in Burkina Faso. The group shared a video in English, Korean, and Taiwanese about their project through their official CNBlue Youtube Channel.

Burkina Faso is a country in West Africa and, in March 2012, CNBlue successfully built and started the “CNBlue School” for children through the donation from their fans. The school provided food and education for one hundred students. They are asking fans, and anyone interested, to join them in building two more “CNBlue Schools.”

Watch the video for more information and to hear what the members of CNBlue had to say about their school. Jung Yong Hwa also wrote a song specifically for the school which you can hear in the background.

Whether you are a CNBlue fan or not, this is a great campaign that will really help children in need. It is great to see idol groups doing more than just performing and hopefully CNBlue can set an example for other K-Pop groups to do the same.

CNBLUE
Jung Yong Hwa
KPLG
How does this article make you feel?