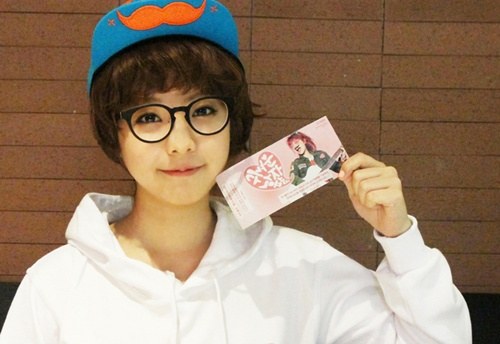 Recently on her Twitter on April 17, singer Juniel uploaded a photo of herself along with the message, “I invite all of you to Juniel’s ‘Pretty Boy Party.’ Please come everyone^^. I will also be inviting my acquaintances who are adorable.”

In the picture is Juniel who transformed into a boy by wearing a short hair wig and a pair of thick frame glasses. Unlike her usual girly look with her long hair, Juniel looks adorably boyish in this photo.

Meanwhile, Juniel will be releasing her third mini album “Fall in L” on April 25, 2013. To promote this new album, Juniel plans to hold a “Pretty Boy Party.” This event is open to men as well as girls who dress up like boys.

Juniel
KPLG
pretty boy party
How does this article make you feel?