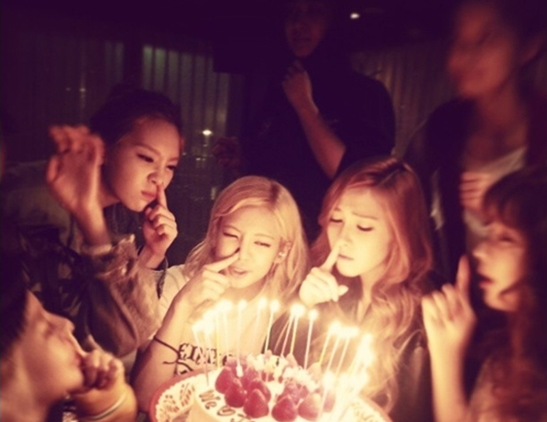 Happy Birthday, Jessica! 24 Photos to Celebrate Her Being 24

The girls celebrated Jessica‘s birthday just the day before her actual birthday on April 18. She’s born in San Francisco, California and became the first member of Girls’ Generation to sign a contract with SM Entertainment after being scouted during her trip to Korea in 2000.

Let’s take a trip down memory lane and watch Jessica grow up to become the big star she is today!

With her parents and little sister aka Krystal from f(x).

During her trainee years

White top, jeans and lollipop.. does this sound familiar?

Debut with “Into the New World”

Where is Ice Princess? During “Kissing You”

From the “Baby Baby” era

Following up with another hit- “Tell Me Your Wish”

One of their more known CF songs “Chocolate Love”

Won many uncle fans with “Oh”

She will bring “The Boys” out

Another beautiful photo from “I Got A Boy”

One of many pictorials Jessica

Jessica has many solo spreads

As the endorser for makeup brand Banila Co

Also pulls off calm and demure

Girls' Generation
Jessica
soompi gallery
How does this article make you feel?