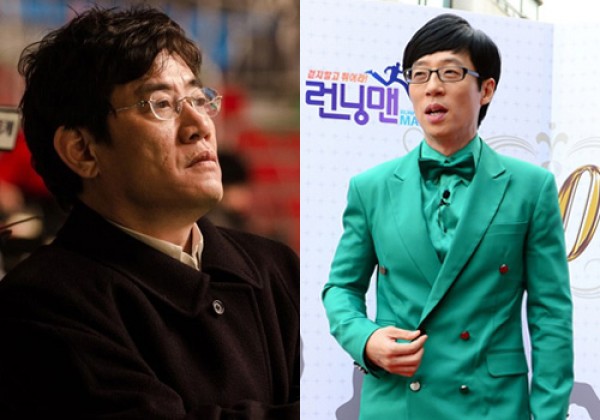 At media day event for his upcoming film, “National Singing Contest,” comedian and film producer Lee Kyung Kyu praised his colleague Yoo Jae Suk. Lee Kyung Kyu had filmed the SBS variety show “Running Man” with Yoo Jae Suk earlier in the day to promote his movie. He started his compliments for Yoo Jae Suk by saying, “It has been a long time since Yoo Jae Suk and I last saw each other.”

Lee Kyung Kyu commented, “I’ve known this from before, but he is a man of superb character. I realized that again. Nobody can beat him in terms of humanity. I told him 10 years ago, ‘You are going to be the last standing MC with a comedy background.’ He had no idea what that meant, but look at him now. My words came true.”