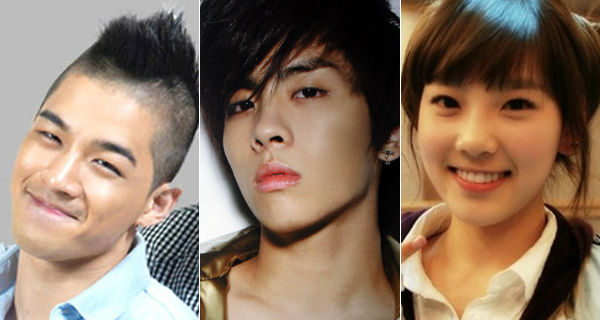 The legendary artist Jo Yong Pil recently released his 19th album with title track, “Bounce” and the reactions among his fellow junior artists have been hot.

Jo Yong Pil’s “Bounce” was released on music portals on April 16 and it has been topping charts, even beating PSY‘s “Gentleman” on some sites. Professionals and critics have been giving high acclaim to “Bounce,” saying that it has a perfect mix of musicality and mainstream feel.

Taeyang tweeted, “Wow. Jo Yong Pil senior. I can’t believe how good this song is,” along with several lines of the lyrics of the song.

Jonghyun tweeted, “There is no need for words. Listen to it. I respect you, teacher!”

Taeyeon posted a photo of the song playing on her Instagram as she captioned, “Listening to Jo Yong Pil’s ‘Bounce’ right now.”

After 19 albums, it seems like the veteran artist still has it! Take a listen to Jo Yong Pil’s “Bounce” below!