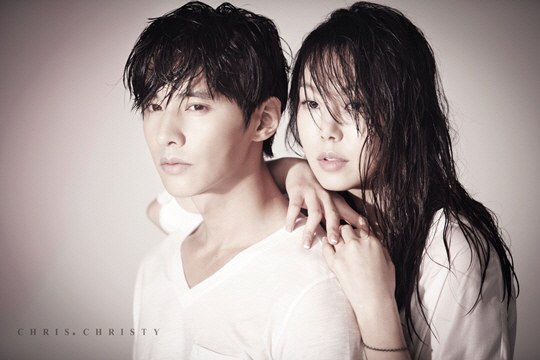 The two stars posed as models for clothing brand “Chris Christy” and did a photo shoot with the concept of “Your Time To Shine” for the summer catalogue.

The photo that stands out the most in this pictorial was chosen to be the one where both stars are sporting white t-shirts with a faraway, chic expression. Their white t-shirts, damp hair, and flawless complexions give a mysterious yet summer-y atmosphere.

It is said that initially the two felt shy and timid when they heard they had to pose closely together. But as soon as the lights came on and the shutters started going off, they suddenly got into the zone and gave off sexy and modern poses together in close proximity.

This summer photo shoot for “Chris Christy” will be released in late April.