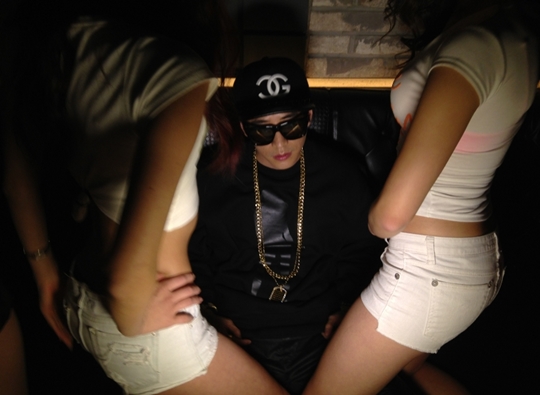 It has been three years since the rapper released an album and after winning the hip hop audition program “Show Me the Money” in 2012, he will be making his official comeback. Last week he released the music video “Rap Movement“, a song that satirizes the music industry and politics. Eun Ji Won, Dok2, and some other familiar faces made cameos in the music video.

“Hot Pants” went in a different direction. The music video was shot at a popular club in Busan and just watching the music video can tell you easily what the song the is about (if the title did not give it away).

The mini album will be released on May 3.

Dok2
Double K
Eun Ji Won
KPLG
Show Me the Money
How does this article make you feel?