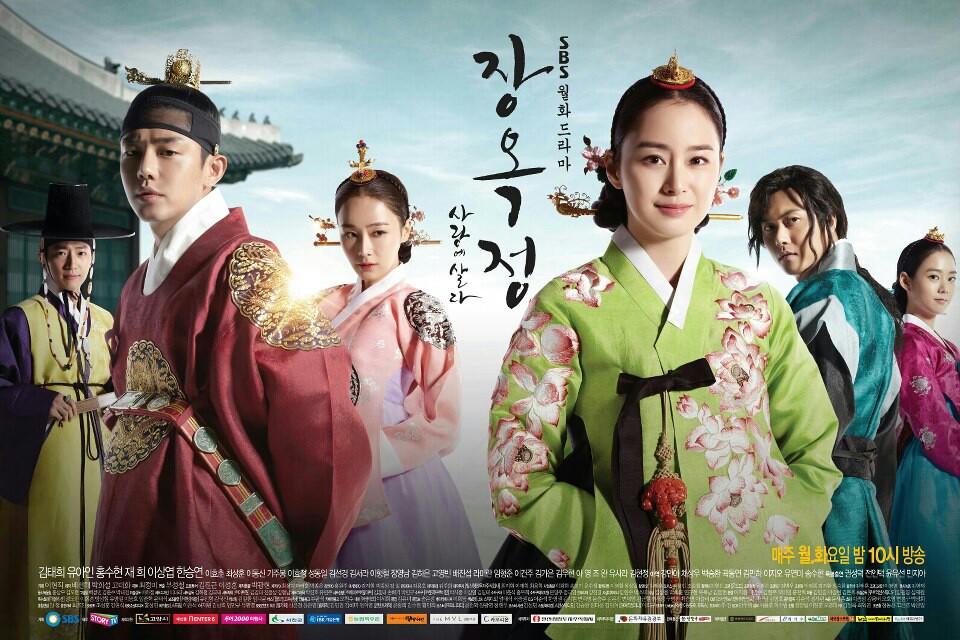 [Outside Seoul] The Drama Doldrums (with Random Recs!)

Outside Seoul is a golden nugget in the vast desert called the Internet. Accomplishing the most difficult combination of irreverent yet thoughtful, blogger Llamaesque brings the perspective of someone raised completely outside of Korean culture, but completely immersed in the K-Drama universe. As someone who has probably watched more Korean dramas in the past 2 years than you (or I) have watched in our lives, she brings a fresh and smart voice to the fandom that I appreciate greatly. -soomp

Is it me, or do Korea’s currently airing dramas seem particularly lackluster?

As part of my quest to become the world’s greatest repository of K-Drama knowledge, I’m usually following two shows at any given time—one an older, completed drama that I can watch at my own pace without running out of episodes, and one a show that’s still airing in Korea. But for the first time I’m not particularly interested in any of this cycle’s new dramas.

Maybe my drama ennui is caused by a scarcity of youthful rom-coms. Or maybe it’s rooted in the end of my K-Drama honeymoon phase—the novelty has worn off, and nowadays I only want to watch shows that are genuinely good. It’s hard to predict whether any of the currently airing shows will be worth watching in the end, which is making me extra ambivalent about settling on one of them.

I decide what to watch based on some strange mental arithmetic, which might be represented like this:

All the new series fall short on one front or another.

• Time-travel drama Nine is practically done with its run, so I might as well wait until it’s completed before I start watching. Also, the female lead’s modified Dorothy-Hamil hairstyle might just be a dealbreaker.

”Gu Family Book”: I don’t know how good this drama will be, but whoever made this poster sure has a good book of Photoshop tricks.

• I want to give fusion sageuk Gu Family Book more time to crash and burn before I decide whether to watch it. Fusion sageuk being K-Drama fan-ese for history on hallucinogens, this series seems likely to include of the sort of cartoony antics I only occasionally enjoy. Its dubious lineage as the newest work from the team behind Gentleman’s Dignity and Secret Garden—two of my least favorite dramas—also makes me skeptical. Stars Lee Seung Gi and Suzy are some of the cutest human beings on the planet, but even their appeal isn’t enough to lure me in until I have a better sense where this drama is going.

• I came out of Boys over Flowers liking love-triangle-loser Lee Min Jung and wanting to see her in more dramas. I came out of Big loathing Lee Min Jung and swearing I’d never watch her in anything again, so it’s a longshot that I’ll ever get around to political rom-com All About My Romance. Also, political rom-com? Excuse me while I give that concept a big side-eye. Another drawback is that the male lead (whom I’ve never seen in anything else) isn’t doing much for me. 1995 called—it wants its hairstyle back.

• There is such a thing as too many tragic melodramas, and having just finished That Winter, the Wind Blows I’m not eager to pick up When a Man Loves, Song Seung Hun’s gangster-with-a-heart-of-gold sudser. Even with decent actors That Winter wasn’t such a great watch. What does that mean for a show starring the man Dramabeans regularly refers to as “Mr. Robot Hotness”?

• Weekend sageuk Cruel Palace and family drama You’re the Best, Lee Shoon Shin both look promising, but their fifty-episode running times require too much commitment. I’ll save them for some rainy weekend (or ten) after they’re done airing.

• It’s no help that two promising new dramas begin airing soon—sageuk thriller The Fugitive of Joseon and aptly-titled melo Birth Secret (guess the new Korean president is as interested in truth in advertising as she is in the length of women’s skirts). I need something to watch now.

So by a process of elimination, that leaves me with only Jang Ok Jung: Live for Love. It’s not a show I really spent much time thinking about, but I am interested to see how it will rehab a character who’s usually portrayed as a scheming fox. I also know how the real story that inspired it ends—will a drama that dares to turn a seventeenth-century concubine into an anachronistically modern “fashion designer” also dare to give her a happy ending?

As an added bonus, I still have a lot of Sungkyunkwan Scandal–related love for lead Yoo Ah In (no doubt because I decided to skip Fashion King after its resoundingly bad reviews started to come in). At this point he’s had hardly any screen time in Jang Ok Jung, but I’m still struck by how odd it seems to actually see him talking; as Geol Oh he mostly stared moodily at things.

In case you, too, are suffering drama indecision, I give you a brief list of random recs.

• If you’re desperate to know what it’s like to be a Kpop idol: indulge your curiosity by tagging along with Park Shin Hye for a behind-the-velvet-rope, gender-swap perspective in You’re Beautiful, or recover from your curiosity with a glimpse at the seamy underbelly of the industry in Shut Up: Flower Boy Band

• If it’s so hot out you can barely stand it: crisp, cool Spring Waltz

• If you could really go for an all-expenses paid shopping spree, followed by a tropical vacation: the unparalleled wish-fulfillment powers of Boys over Flowers are just the ticket

”What’s Up Fox”: Do leads get any cuter than this? I think not.

• If you’ve been perving over a younger man: the sweet romance (and even sweeter ending) of What’s Up Fox will make you believe it could all work out

• If you live in a drought-stricken area: soggy Love Rain will make you glad for sunny skies

• If you wonder what it would be like to be part of a traditional Korean family: 64 episodes of melo Family’s Honor will answer all your questions

• If the winter blahs are getting you down: the gorgeously green Seoul of Coffee Prince and the lush summertime city in Heartstrings will bring warmer days to mind

• If you’re suffering from insomnia: Take two episodes of soporific Summer Scent and you’ll be sleeping like a baby in no time

• If you’re interested in learning a foreign language: Flower Boy Next Door might be just the inspiration you need. If an elephant can learn Korean, why can’t you?

• If you just had a painful breakup and need to be cheered up: after being dumped, My Lovely Sam Soon ends up with a way hotter guy

• If you need to be inspired to work harder: the young professionals of the Taiwanese series In Time with You make working nonstop seem appealing (or you could try not watching a drama and actually working instead, as far-fetched as that idea may seem)

• If you could use a guardian angel: sparkly, lovely Padam, Padam will give you one (kind of)

• If you’re feeling nostalgic for high school: Answer Me 1997’s fangirl antics will hit you in the feels

• If you’re getting a bit too comfortable with the idea of being an old maid: watching Kim Bum dye his hair grey for his older girlfriend in The Woman Who Still Wants to Marry ought to put you in a dating mood

• If you have a crush an impossible unicorn of a boy: there’s a continent worth of remakes of Japanese manga Itazura Na Kiss to cheer you up—including Korea’s own Playful Kiss. The common theme? (Spoiler alert!) The hopeless girl always gets him in the end. (Are you shocked?)

• If you hate everyone and just want to mope: you’ll appreciate What Happened in Bali’s cast of miserable characters being miserable to each other

• If you need a good cry: A few episodes of I’m Sorry, I Love You will have you on the fast track to catharsis (but don’t forget the tissues)

Visit Outside Seoul for more K-Drama reviews, commentary, and other goodies!

When A Man Loves
Gu Family Book
All About My Romance
Jang Ok Jung Live for Love
Nine
Drama recommendations
At the End of the World
Cruel Palace
You're the Best Lee Shoon Shin
Fugitive of Joseon
Birth Secret
How does this article make you feel?