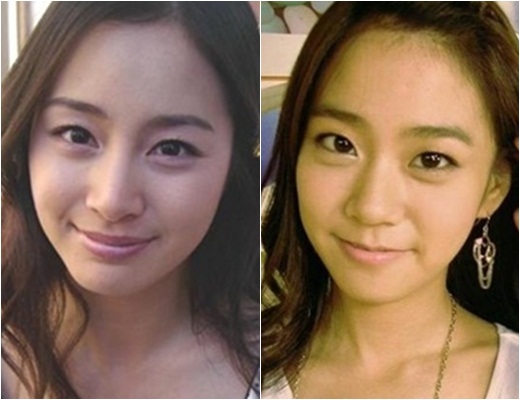 During this interview, reporter Park Seul Ki commented on Han Seung Yeon’s resemblance to Kim Tae Hee, “You are currently working with Kim Tae Hee. I know that you’ve garnered much attention in the past as a ‘Kim Tae Hee look alike.'”

Han Seung Yeon laughed bashfully and responded, “I’ve heard from others repeatedly that Kim Tae Hee is so pretty that she’ll make anyone standing next to her to look like a squid. So I got all nervous before I started filming with her. I still am. It’s very burdensome to be compared to her.”