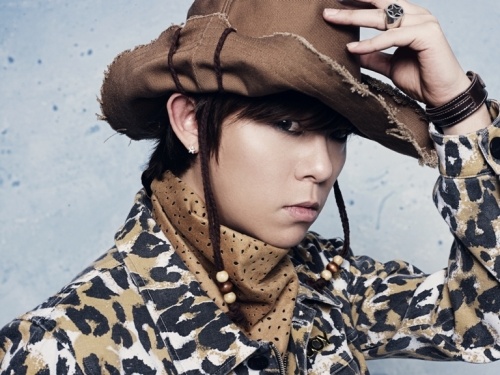 Tony An (age 36) fell into despair after finding out his skin age.

Recently, Tony An received a skin evaluation on an episode of QTV’s “Twentieth Century Pretty Boy.”

During the episode, a dermatologist visited the cast of the show and evaluated their skin based on their pores, wrinkles and skin elasticity.

Before beginning, everyone said that Tony’s skin would probably be the age of a teenager since he looks so young. However, the dermatologist announced, “He has the most wrinkles. His skin color is dull as well,” and gave his skin an evaluation age of 60 years old.

The cast could not believe this as Moon Hee Jun teased, “Old CEO Tony. Congratulations.” Tony An responded, “The youthful image I held for 17 years has ended today,” in despair.

Tony An ended up coming in last place in the skin age evaluation and commented, “I had no idea that I would come in last place. I guess you can’t beat time.” But the other cast members yelled, “Hey, we’re all the same age here!”

Meanwhile, Tony An broke headlines last week for confirming his relationship with Girl’s Day‘s Hyeri, who is 16 years his junior.