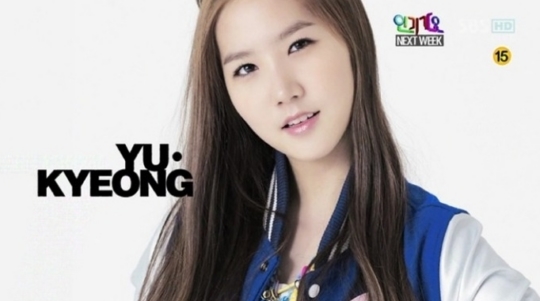 After announcing her decision to withdraw from A Pink, Hong Yoo Kyung found herself surrounded by many rumors regarding her college admissions. Many have been saying that she was accepted on special premises of her being a celebrity and coming from a wealthy family.

Therefore, A Cube Entertainment stepped in and asked for the netizens and reporters to cease with unsupported speculations.

Sources from A Cube said, “There have been many articles about the rumors and speculations about Hong Yoo Kyung’s college admissions that are not true.”

They continued, “As it was a very hard decision to leave the team, the person who is suffering the most is Hong Yoo Kyung,” and “These kinds of rumors are making things harder for her.”

They added, “Hong Yoo Kyung went through the same process as any other student. She took the written exam and got accepted into the School of Performing Arts and Media. She prepared very hard for this so she is even more upset at those kinds of rumors,” and “This is not a special admissions at all.”

Lastly, they said, “We would ask reporters not to publish articles on rumors that haven’t been checked yet.” One particular news source even used netizens’ SNS mentions in their articles as “sources” for those rumors.

Hong Yoo Kyung announced that she was leaving the group on April 22.

Apink
Hong Yoo Kyung
KPLG
A Cube Entertainment
How does this article make you feel?