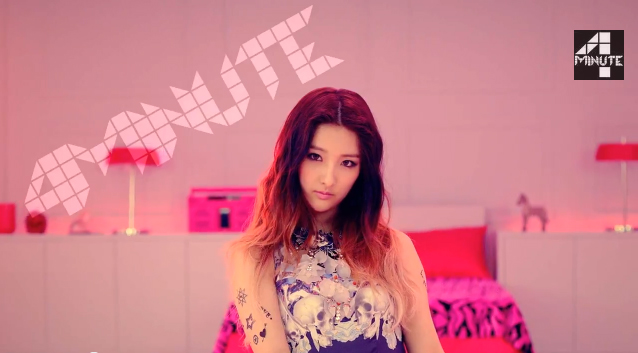 All five teasers feature the same 15 seconds of the song.

Created by Brave Brothers, the song is described as an electronic hip-hop track with a catchy hook that asks “What’s Your Name?”

Since their new mini album is set for release on April 26, they may release another group teaser before then.

Fans have been eagerly anticipating the group’s comeback as the have a high amount of views. HyunA‘s teaser, which was released on April 19, already has two million views. Following her, Gayoon has about 500,000 views, Sohyun with 280,000 and Jiyoon with 130,000.

4Minute
KPLG
Jihyun
How does this article make you feel?