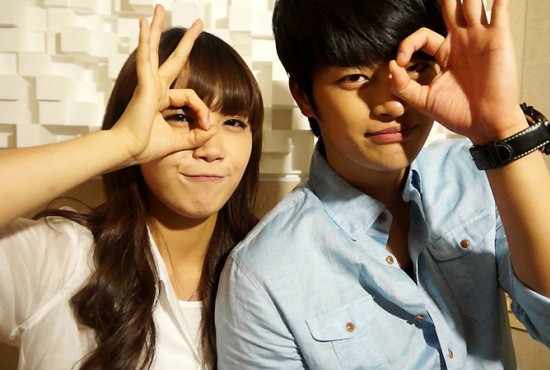 Seo In Guk: “I’m Tired of Rumors of My Relationship with Eunji”

Seo In Guk recently opened up on his feelings about the ongoing talk about him and his “Answer Me 1997” co-star, A-Pink’s Jung Eunji. The singer participated in the KBS Tuesday evening game show “1 vs. 100,” in which he also revealed some of his thoughts.

“Jung Eunji and I finished filming the series last year,” he said. “At first, I thought the rumors were good because it means we were doing well and focused on our acting that it became believable. I guess we looked good together. I also thought it got people interested in the show. But to tell you the truth, it’s not very nice now. It didn’t really bother me much before, but when acquaintances ask about it still now, it’s become embarrassing.”

He added, “We’ve clarified it many times publicly, and we hope that it will quiet down.”

The MC Han Suk Jun then teased him, “Perhaps the rumor will stop if you get into a relationship scandal with another person. Maybe in another year.”

The singer replied calmly, “If the opportunity presents itself, perhaps.”

Seo In Guk is back on the music scene and is currently promoting his track “With Laughter or with Tears.”