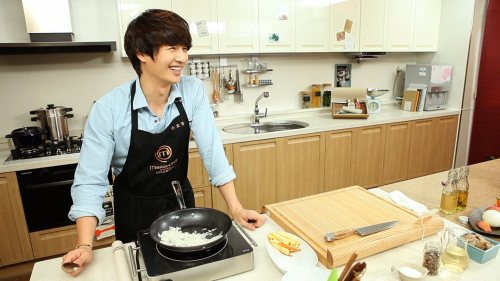 Son Ho Young Reveals His Home for the First Time!

The former G.O.D. member Son Ho Young, revealed his home for the first time! On the first broadcast of Live Channel’s “Son Ho Young’s Asian Cook” Son Ho Young showed his everyday life. He revealed his new house and modern kitchen. On the show, he showed off a simple Asian fusion recipe.

Son Ho Young stated on the episode, “Getting an award because of cooking was like a dream and unbelievable. It feels like I have a new burden on my shoulder, but I also feel like a real cook. I want to show the Asian fusion food that I cooked on ‘Master Chef Korea Celebrity’ with my own style through ‘Son Ho Young’s Asian Cook.’”