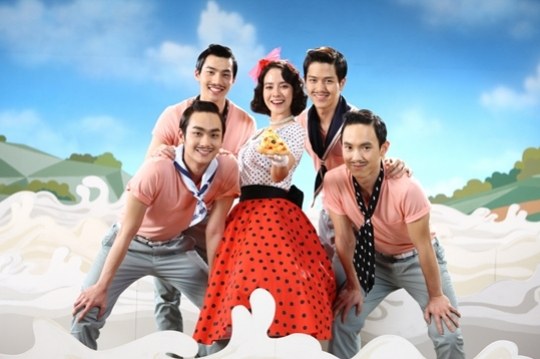 Song Ji Hyo, who is known to be tone-deaf in real life, recently appeared in a CF for Mr. Pizza, where she sings the song for the commercial.

The behind-the-scenes making clip of Song Ji Hyo’s recent Mr. Pizza CF was revealed. The clip showed Song Ji Hyo in the recording studio for the song as well as her dance on set for the CF filming.

Song Ji Hyo’s awkward but cute dancing and her tone-deaf singing skills caused many to smile at her lovable charms.

After Song Ji Hyo finished singing, she even humorously commented, “This is fixable with the computer, right?”

The marketing director for Mr. Pizza commented, “Song Ji Hyo’s awkward dancing and singing skills during her CF shoot was so funny that we decided to release it as part of the making film,” and “Song Ji Hyo’s realness and her natural charms are making our pizza receive even more love.”

Song Ji Hyo
KPLG
How does this article make you feel?