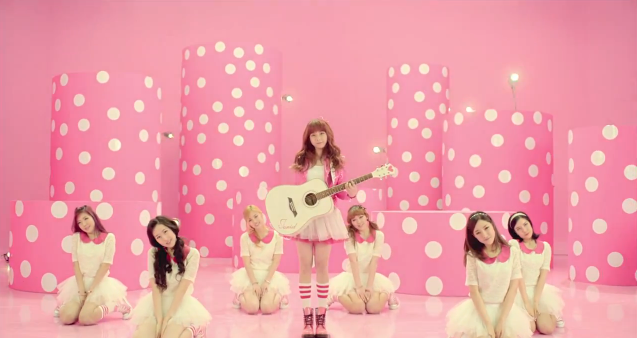 Juniel Releases “Pretty Boy” MV and Celebrates With Her Fans

Cutie singer Juniel has released the music video for “Pretty Boy” and celebrated her comeback with a party with her fans.

A representative of FNC Entertainment said, “Today Juniel had a ‘Pretty Boy Party’ with thirty of her fans. Those lucky fans were chosen via lottery from 6,000 applicants.” At the party Juniel performed “Pretty Boy.”

“Pretty Boy” is the main track from Juniel’s third mini album “Fall in L” that was also released today. “Pretty Boy” is an upbeat acoustic song about a girl’s love for a pretty boy. The cute music video follows Juniel going to a blind date, not knowing about all the boys fighting to confess to her. The music video has some familiar faces and twist ending.

FNC
Juniel
KPLG
How does this article make you feel?