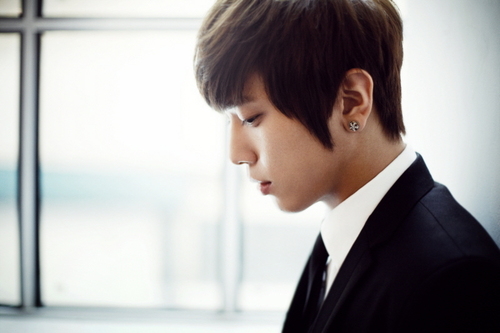 CNBlue leader, vocalist and guitarist Jung Yong Hwa is no longer taking on a role in the new SBS drama “Heirs.” According to reports in local news agencies, his management, FNC Entertainment has respectfully pulled him out of the drama, which has already announced Lee Min Ho and Park Shin Hye in starring roles.

The statement from FNC Entertainment said, “Jung Yong Hwa examined his role and we have not reached an agreement with the production company on the role he is going to play. Because of this, we respect his decision to withdraw from the drama amicably.” It was earlier announced that he would join the cast for the drama that is slated to air in October.

FNC Entertainment is further quoted as saying, “Jung Yong Hwa will continue to be dedicated to his music activities, including the ongoing ‘Blue Moon World Tour’ that has scheduled stops for the latter half of the year. Should another offer come and the opportunity is good, he will take the chance to act again.”

Early buzz surrounds “Heirs” not only for its cast but its production team. The writer, Kim Eun Sook was the scenarist of popular dramas “Lovers in Paris,” “Secret Garden” and most recently, “A Gentleman’s Dignity.” Director Kang Shin Hyo of “Tazza” and “Midas” takes the helm.

Meanwhile, Jung Yong Hwa and the rest of CNBlue are set to perform in Bangkok and Hong Kong in May for the “Blue Moon World Tour.”