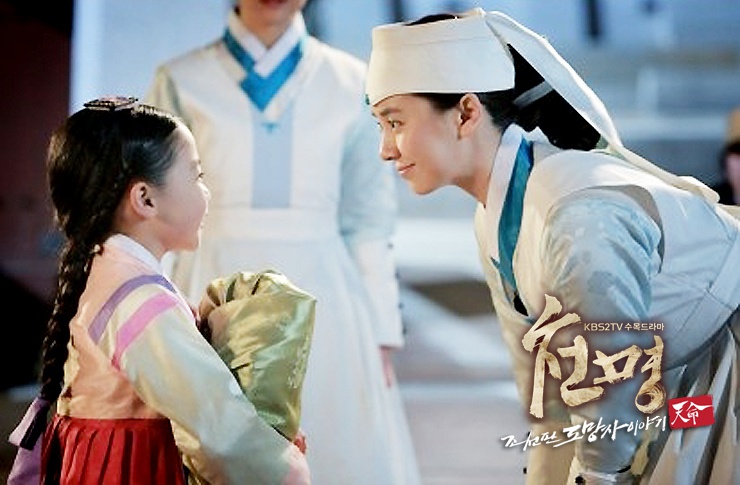 On the most recent episode of the new KBS drama “Mandate of Heaven: The Fugitive of Joseon,” Song Ji Hyo‘s character Hong Da In rescued Choi Rang (played by Kim Yoo Bin) from an explosion and performed acupuncture on her. When Choi Won (played by Lee Dong Wook) came looking for his daughter, Song Ji Hyo playfully scolded him for “smelling like a widower,” and advised him to let a female physician treat little Rang.

Hong Da In also had a little argument with Choi Won at the in-palace library, when he was studying blood aperture to cure his daughter’s disease. When Choi Won disparaged Hong Da In’s ability because she is a woman, she was offended and said, “I will show you it’s not all talk. I will show to where the blood aperture you were studying is.”

A representative from the drama praised Song Ji Hyo, “Song Ji Hyo’s ability in understanding the character is beyond anyone’s expectations. She is doing such a great job at portraying this new female character of Joseon that is completely different from the previous portrayal of them as subservient and passive individuals. There are so much more of Hong Da In’s charms to come in the drama. Please continue to pay close attention to ‘Mandate of Heaven.'”

Meanwhile, Hong Da In finds out that Choi Won is about to be framed for murder. Whether she will get involved to exonerate Choi Won from false charges or stand back will be uncovered in the upcoming episode of “Mandate of Heaven,” which will air on May 1 at 10pm KST.